What is domestic and family violence?

What is domestic and family violence?

View the short Insight Exchange animation ‘What is DFV?’ (4mins)

Read more in the adjacent PDFs provided in English and Spanish.

What is domestic and family violence? PDF (English) 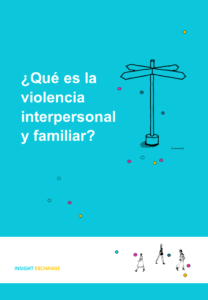 National, state and territory definitions of domestic and family violence and criminal codes vary, however violence and abuse is never acceptable in any community, family, institution, place or context.

Domestic and family violence refers to behaviour that occurs in: a current or former intimate partner relationship, a domestic or family relationship, or in an extended family or kinship group.

It can be perpetrated by a partner, spouse, family member, carer, house mate, boyfriend or girlfriend.

Domestic and family violence is behaviour in one of these relationships which is threatening, abusive, violent, coercive or controlling; causing a person to live in fear and to be made to do things against their will.

Domestic, family and sexualised violence can happen to anyone. It is in every postcode and community and can take many forms.

Emotional or psychological abuse such as verbal abuse, threats of violence, isolation, and undermining the victim’s sense of reality.

Physical violence such as physical assault, non-fatal strangulation, and damage or harm to person, pets and property.

Sexualised violence such as sexualised assault and other abusive or coercive behaviour of a sexualised nature.

Reproductive coercion or abuse. When a person is stopped from making their  own choices about reproduction.

Economic abuse such as denying a person reasonable financial autonomy or financial support - or accruing debt in their name.

Stalking and intimidation such as surveillance and harassment.

Systems abuse is closely related to economic abuse. It involves using services and systems to harm and control victims.

Perpetrators of violence often use services and systems as part of their violence during and after a relationship has ended – causing ongoing financial hardship.

Domestic and family violence is often a pattern of controlling or coercive behaviour.

But whenever people are subjected to abuse, coercive control, and violence, they resist.

Resistance is any act that:

Perpetrators of violence and abuse anticipate and work to suppress and overpower victims’ resistance.

Because of this, acts of resistance must often be hidden.

But whether resistance to violence is hidden or visible – it is always there.

People resist violence and abuse overtly and covertly in creative, resourceful and clever ways; sometimes in seemingly illogical and harmful ways; sometimes in careful and cautious ways, but always to uphold or reclaim their dignity and often to stay safe and protect the people they love.

By understanding a victim’s resistance to violence, we better identify the deliberateness and intensity of the violence used against them.

We see that just because they couldn’t stop the violence, doesn’t mean they ‘let it happen’.

Wade, A. (1997). Small acts of living: Everyday resistance to violence and other forms of oppression. Journal of Contemporary Family Therapy, Vol 19, pp. 23–40.

Wade, A. (2000). Resistance to interpersonal violence: Implications for the practice of therapy. Unpublished doctoral dissertation, University of Victoria, Victoria, BC.

An intimate relationship refers to people who are (or have been) in an intimate partnership whether or not the relationship involves or has involved a sexual relationship, i.e. married or engaged to be married, separated, divorced, de facto partners (whether of the same or different sex), couples promised to each other under cultural or religious tradition, or who are dating.

DFV can be perpetrated by a partner, family member, carer, house mate, boyfriend or girlfriend. Women also commit DFV against men, as do same-sex partners (DVNSW, 2018).  DFV is also committed by and committed against people who identify as transgender, non-binary, intersex and gender-diverse.

What is Family Violence?

First Nations people’s have advocated for the term ‘family violence’ to be used in conjunction with ‘domestic violence’ in recognition of the violence and abuse that can be used within partnerships, families, extended families, Kinship networks and communities. “Focusing on the term ‘domestic violence’ will not lead to full consideration of, and response to, the destructive effects of colonisation on Indigenous culture and social systems. The intersection of race, gender, age and power, and the disruption of the relationship between spiritual, cultural and environmental dimensions, must be considered in order to understand violence in Indigenous communities” (The Aboriginal and Torres Strait Islander Women’s Task Force on Violence, 2000, p.115).

The term ‘family violence’ describes physical, emotional, sexual, social, spiritual, cultural, psychological and economic abuses that may be perpetrated within a family and community. The term also recognises the broader impacts of colonial violence and racism on First Nations families, intergenerationally, through extended families and Kinship connections and community relationships. It has also been used in the past decade to include lateral violence, self-harm and suicide, and has become widely adopted as part of the shift towards addressing familial violence in all its forms. (Gordon, 2002).

Are you reflecting on your own relationships and experiences?

View the My Safety Kit animation

An introduction for people reflecting on their relationships (2.4mins) 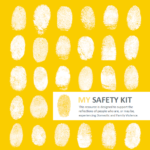 My Safety Kit is designed to support people who are, or may be, experiencing domestic and family violence.

View the My Safety Kit animation | An introduction to the decision-making tool (3.5 mins) 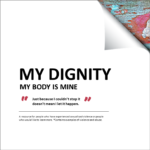 My Dignity is an information and reflection resource about sexualised violence.

Are you wanting to know more about being a responder? 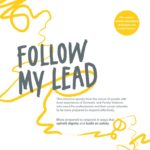 Follow My Lead is an awareness raising resource about domestic and family violence for responders.

View the My Safety Kit animation | An introduction for responders (2.5mins) 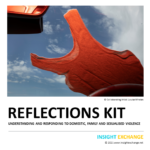 Skip back to main navigation
Translate »